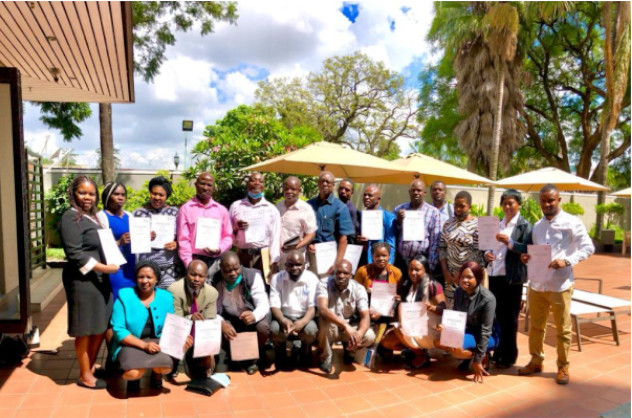 20 March 2021
The Farmers Business Simulation Game finally crossed the borders of Zambia into Zimbabwe on the 15th of March 2021. 19 Farmers from the New Apostolic Church and other Organisations converged in Harare for the inaugural FBS training which ran for 4 days. ....READ MORE 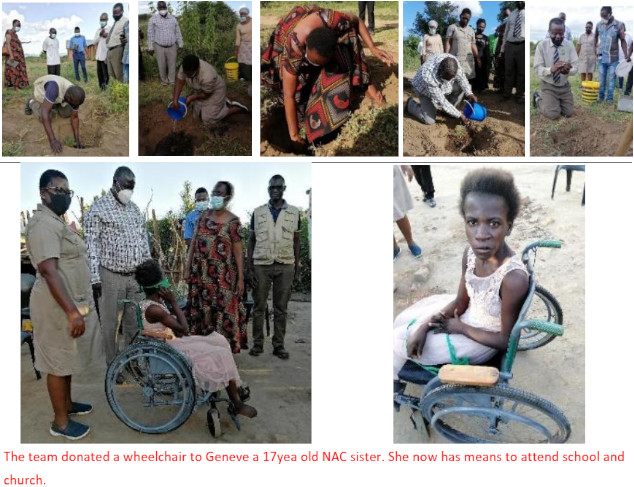 23 March 2021
The Executive Director, Mr. Yubai visited the Tongogara Refugee Camp in Zimbabwe from 18-21 March 2021. He was accompanied by the Country Program Coordinator for NACRO Zimbabwe, Precious Sibiya, NACRO Program Manager from Zambia, Mr. Sikota and Refugee Section Officer from Zimbabwe, Ms. Gombingo. The purpose of the visit was to conduct a needs assessment. The task....READ MORE 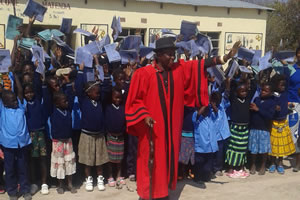 In quest to help the local community NACRO engages the local leadership in its development process. In Mansa NACRO responded to the need of establishing a school in Matenda Community. In the picture His Royal Highness Kalasa-Lukangaba was at hand to bless the construction of Matenda NAC School. He provided land and also directed his subject to participate in all the necessary construction activities. Today this school managed by NACRO has 1by2 classrooms, 1by3 classrooms and three staff houses. It provides education to over 252 learners (which includes 21 adults who have decided to go back to school) who were not able to access education because of distance to the next nearest school. 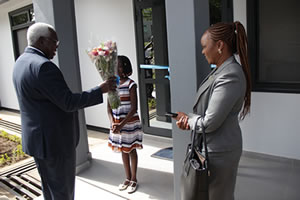 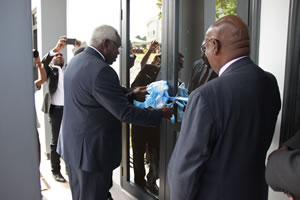 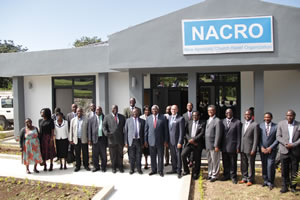 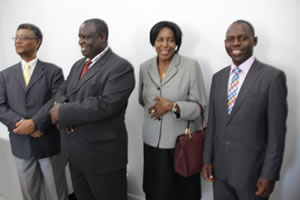 NACRO like any other NGO has challenges to raise funds to meet over heads such as rentals, electricity and others that are in many cases not of interest to funding partners. NACRO Malawi took a bold step to build its own office which was officially opened by the District Apostle Charles S Ndandula. The project which costed Euros 62,833.89 was officially opened on 29th April, 2019 in Lilongwe. The event drew a number of partners which included NGO Board and CONGOMA who praised NACRO for its initiative. Indeed this facility is the pride of the organisation and a symbol of sustainability. 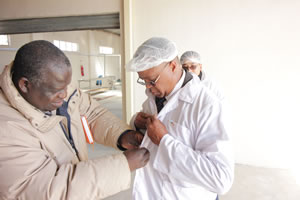 The Ministry of Youth, Sport and Child Development visited Henwood Chibombo Farm to familiarise themselves with the operations. In the picture the NACRO Executive Director helping the Team leader, Director of Child Development at the Ministry Mr. John Zulu to wear an overall coat as he was about to enter the Tomato and Onion value addition factory. 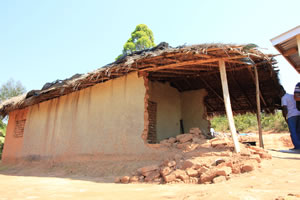 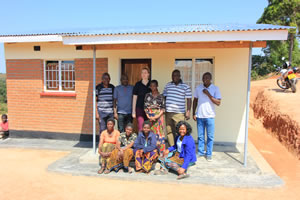 In the picture is a dilapidated homestead and a replacement for one vulnerable widow with her grandchildren in Mzuzu. NACRO through its housing empowerment project with support from NAK karitativ has constructed 10 houses in Mzuzu at Msongwe and Doroba. The project aims to contribute to poverty reduction by providing shelter to Orphans and Vulnerable People. 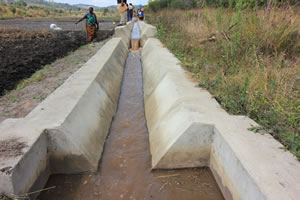 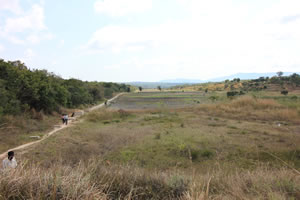 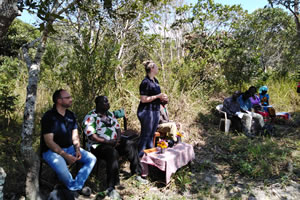 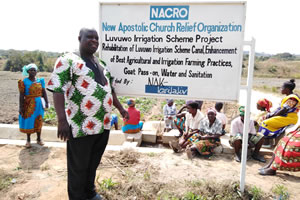 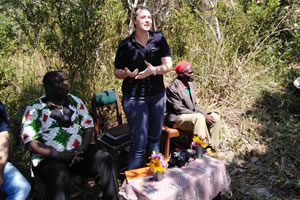 The pictures are about the Luvuwo irrigation Project which NACRO Malawi has been implementing broadly aiming at improvement of food and disposable income for 100 households for Luvuwo Irrigation Scheme, thereby supplementing government efforts in national food security programs. Luvuwo Irrigation Scheme has 100 household members cultivating on one piece of land of 10 hectares. Malawi Government provided a dam upstream and commenced to build a canal to feed the 10 hectares. The major activities that NACRO has done include: Training of 100 farmers in SMART agriculture, climate change and nutrition; Construction and Maintenance of 800m Canal; Purchase and Distribution of Farm Inputs to 100 farmers; drilling of a community borehole; Training in irrigation and Water Conservation; and community based borehole management. 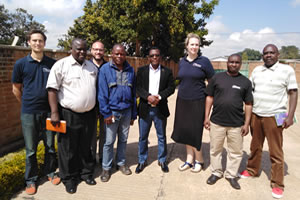 Project Monitoring is another important component under project management. In the picture the NAK karitativ, NACRO Head office and Malawi Country program officers posed for a picture after visiting projects in the Northern Part of Malawi. In the picture also is the Malawi Board Chairperson (in black jacket). 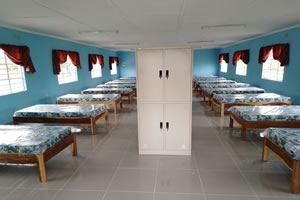 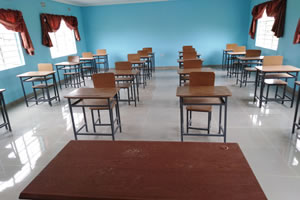 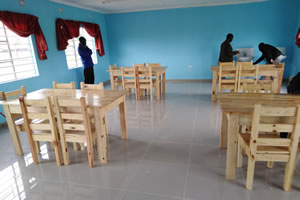 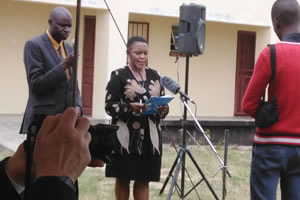 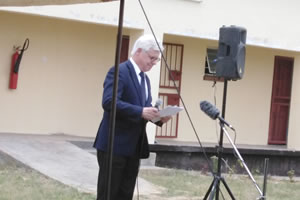 During the official opening of Chabota Skills Training Centre on February 20, 2019: the NACRO Board Chairperson Mrs. Nelly B K Mutti and the Chairman & CEO of NAK karitativ Mr. Jorg Leske gave speeches. 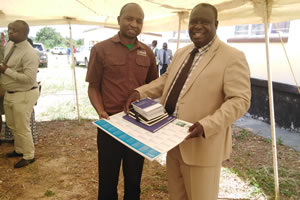 During the official opening of Chabota Skills Training Centre other partners came in to congratulate NACRO for the achievement. In the picture Ecobank Country Head Commercial Banking Mr. Shidono Victor handed over some calendars to NACRO Executive Director Mr. Yubai Tebuho.

The community of Msongolo in Rumphi 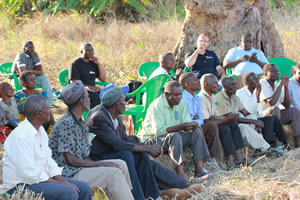 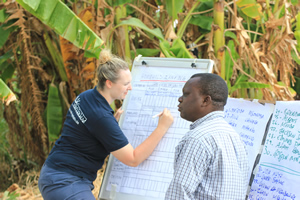 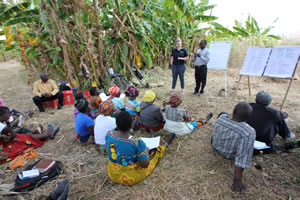 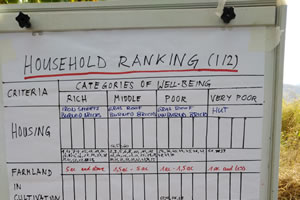 In coming up with proposals NACRO engage into a series of participatory methods to assess and evaluate the community needs and status. This cause for use of several social and economic tools. In the pictures NACRO and its Partner NAK karitativ are collecting data from the community of Msongolo in Rumphi.

With profound fondness, the New Apostolic Church Relief Organisation (NACRO) shares in the grief and in the memories of KAUMBA MWANYAMBE.
Born 16th November, 1967 in Mongu, Barotseland, Kaumba Mwanayambe went on to live a life of love and passion for others. He became a father and husband with 6 children....READ MORE 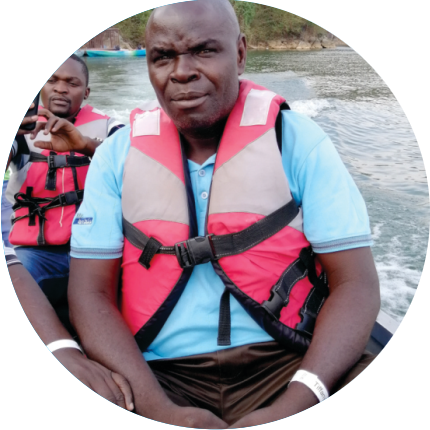 The New Apostolic Church Relief Organisation (NACRO) profoundly shares in the grief and in the fond memories of ROBINSON MBOLOMA.
At Zambia's indepedence, 24th October 1964, Robinson Mboloma was born and went on to live a life of due regard for others up until his death on 11th February 2022.. ....READ MORE 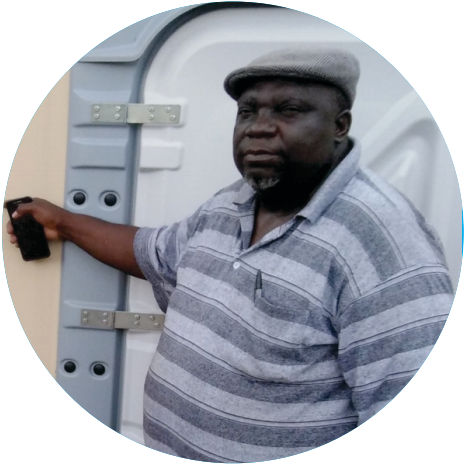